The Mai by Marina Carr 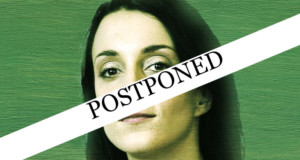 Decadent Theatre Company are proud to present Marina Carr’s The Mai. It is an epic drama about three generations of a family inspired by love but shattered by inescapable reality.  Set in the Irish Midlands in the 1970s, it is both wildly funny and humorously tragic.

The play centres on a formidable forty-year-old woman, a teacher known as The Mai, whose husband Robert, a musician, has always felt stifled by her ideals of perfection. After seventeen years he leaves her, whereupon she sets about decorating a dream house in the hope that he will one day return. From her fairy tale castle on the banks of the legendary Owl Lake, The Mai waits for him by the window. The play opens on the day of Robert’s return after a four-year absence.

The ensemble is comprised of some of Ireland’s finest actors, led by Maeve Fitzgerald as The Mai. Lesley Conroy and Clare Monnelly appear as her sisters, with Rachel O’Byrne as her daughter.  Stella McCusker is Grandma Fraochlan, and the two aunts are played by Marion O’Dwyer and Joan Sheehy.  Michael Ford-FitzGerald is Robert, The Mai’s erstwhile husband.

A bang-up revival, bristling with comic energy that feels innovative and fresh today…full of depth and passion, The Mai is one of the best Irish plays of the contemporary period. – Irish Independent

Andrew Flynn establishes mood and pacing unerringly and directs the actors to best achieve the dynamic between the characters. – The Digital Fix

A luminous production…beautifully orchestrated…A play work that entertains as it chills and never ceases to hold our interest. – No More Workhorse

Playwright Marina Carr on Decadent Theatre Company’s 2018 production: I loved the set, the lighting, the music, Andrew’s direction, and the beautiful cast.  I feel very grateful. It’s wonderful to see new life breathed into it.

Stay updated with all latest updates,upcoming events & much more.
Terms and conditions apply.