Simon & Garfunkel Through the Years

Critically acclaimed as one of the world’s greatest tribute shows, Simon & Garfunkel Through the Years continues to delight audiences across the globe. Featuring stunning vocal harmonies from world-class musicians, this spectacular concert transports you on a journey through the epic songs and history of the much-loved Simon and Garfunkel.

“One of the greatest tribute shows anywhere in the world”

The show is a celebration of the unprecedented rise to fame of two boys from Queens, New York, who went on to become the most successful folk-rock duo of the 1960s, selling 38 million albums in the US alone, and receiving 10 Grammy Awards. In 1981, they performed to over half a million people in their hometown of New York, and in 1990 were inducted into the Rock and Roll Hall of Fame.

Collectively known as Bookends, Dan Haynes and Pete Richards have been fronting Simon & Garfunkel Through the Years since its creation in 2011. Much like their idols, they became friends at school and could not resist singing together from a tender age.

Alongside stops in London’s West End, the show has toured extensively around the UK, Europe, United States and Australia, attracting packed houses night after night. With consecutive sell-out runs since 2014 at the Edinburgh Festival Fringe, they are championed as “one of the best vocal groups touring today”, whose sounds are ‘’simply breathtaking’’.

Featuring all the major hits such as The Sound of Silence, Mrs Robinson, The Boxer and the iconic Bridge Over Troubled, don’t miss out on this phenomenal show.

“One of the greatest tribute shows anywhere in the world” – Stuart Cameron, BBC and ITV Broadcaster 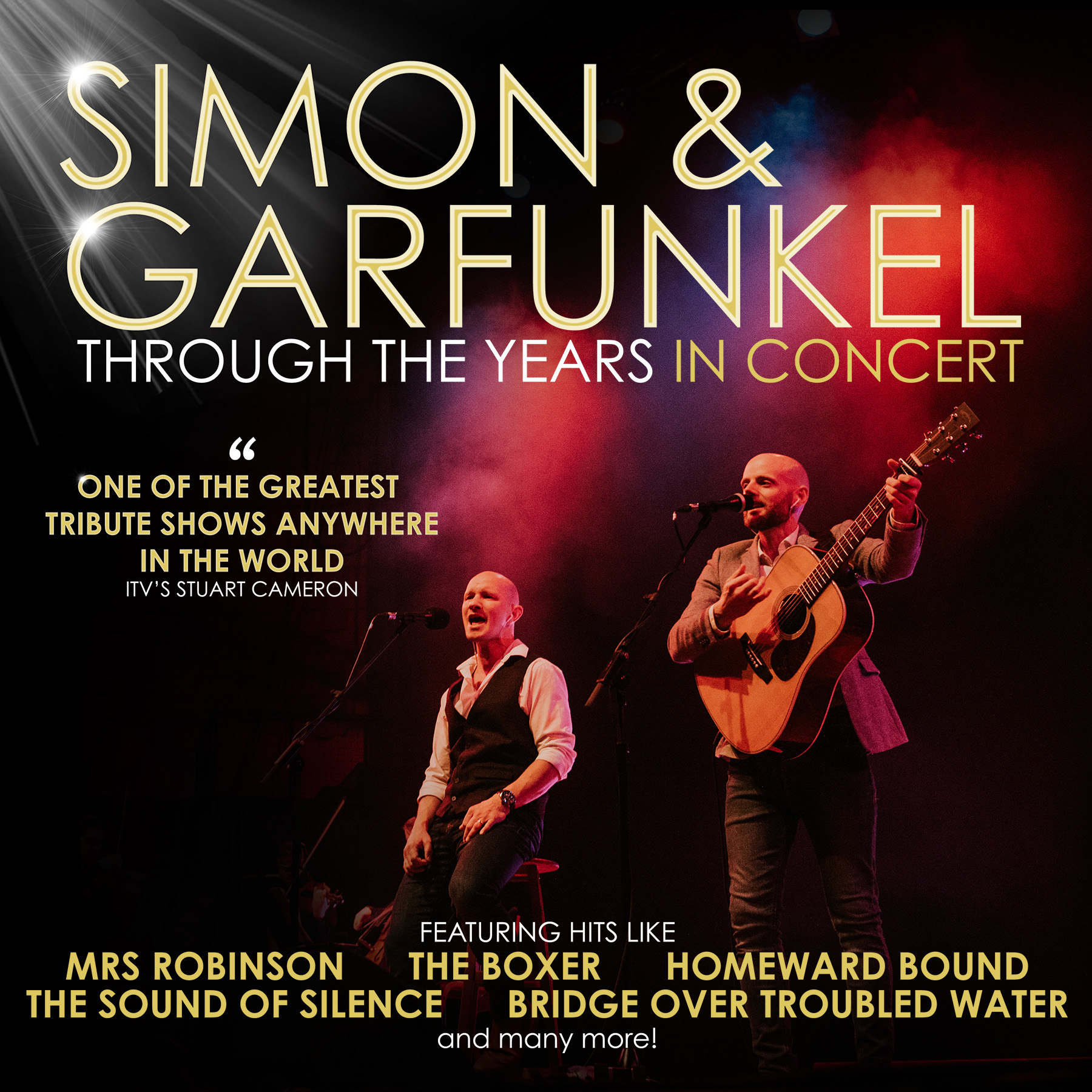