Cavan man, Kevin McGahern began performing stand up in 2009 and since then has become a well-known face of Irish television and comedy. He can currently be seen hosting the panel show Clear History.

Kevin was the host of RTÉ’s celebrated show, Republic of Telly for 10 seasons and went on to present documentaries such as Kevin McGahern’s Fast & Furious and Kevin McGahern’s America for the broadcaster. He played the character of Sim Card in the popular RTÉ 2 television series, The Hardy Bucks which is now available on Netflix. Other television work includes, Alison Spittle’s Nowhere Fast, Finding Joy and Bridget and Eamon. Kevin appeared in the film Redemption of a Rogue which won multiple awards at the Galway Film Fleadh 2020. In 2017 Kevin starred in the film No Party for Billy Burns. In 2014, Kevin co-wrote the play The Devil’s Céilí with Philip Doherty, which won Best Play at the All Ireland Drama Festival.

Kevin is a regular in top Irish comedy clubs, in particular the International Bar in Dublin. He regularly performs at a number of festivals including, Kilkenny Cat Laughs, Vodafone Comedy Festival, Forbidden Fruit and Electric Picnic. In 2019 he brought his show Taking Off to the Edinburgh Fringe Festival and subsequently performed as part of the Pick of the Fringe programme in London club 2Northdown.

Award-winning comedian Neil Delamere is one of the top acts working in the Irish comedy scene today, well known to audiences for his regular television appearances on RTE and the BBC as well as his hilarious sell-out stand up tours.

With stellar reviews as well as a number of platinum-selling DVDs under his belt, Neil has turned his attention to comedy documentaries, writing and presenting IFTA Award- and Celtic Media Award-winning TV programmes on the Vikings and St. Patrick. His four part series on heroes from Ireland’s past, Holding out for a Hero, was recently broadcast as part of RTE 2’s autumn schedule.

“No TV camera could accurately measure the lightning speed of Delamere’s wit.”
— The Irish Times
Never one to sit around, Neil is also back in the hot seat with The Blame Game, the perennially popular BBC panel show, back for its 14th season in 2018. He is a regular panellist on BBC 5 Live’s Fighting Talk and recently appeared on BBC 4’s The News Quiz.

Sinéad Quinlan is a brand new comedian and writer from Cork. She made the completely rational decision to enter a stand up comedy competition while eating taco fries in Hillbillies, having only ever done stand up twice. She went on to win ‘Stand Up and Be Funny’ on RTÉ One with only seven gigs under her belt. What was in those taco fries?

The prize for winning was a pilot with the RTÉ Player and she went on to write and star in her own online comedy series called ‘Seriously, Sinéad?’ The series was later given a television slot on RTÉ Two which is very rare.

Sinéad then landed the role of the ‘Roving Reporter’ on the reboot series of ‘The Den’ alongside Ray D’Arcy, Dustin the Turkey and Zig and Zag. She was a guest on comedy panel show ‘Clear History’ on RTÉ Two at the start of 2021 and is currently writing a second series for ‘Seriously, Sinéad?’

Sinéad has performed in comedy clubs all over Ireland such as City Limits (Cork) and The Róisín Dubh (Galway) and is looking forward to getting on stage again soon.

PLEASE NOTE ONCE YOU SELECT ‘BOOK NOW’ YOU WILL BE REDIRECTED TO THECATLAUGHS.COM TO COMPLETE YOUR BOOKING. 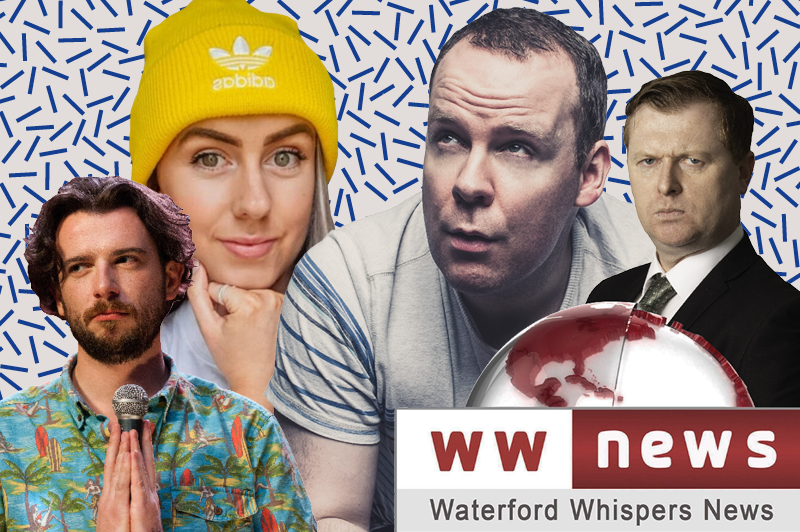