Buddy, a nine-year-old boy sees his stable, loving community and everything he thought he understood about life turned upside, as violence breaks out on his close knit road. Despite the upheaval he and his family still find joy, laughter, music and the formative magic of the movies to see them through.

With his beloved hometown caught up in increasing turmoil, the family faces a momentous choice: hope the conflict will pass or leave everything they know behind for a new life.

From writer-director Kenneth Branagh, and starring an acclaimed ensemble cast, including Caitriona Balfe, Jamie Dornan, Ciarán Hinds, and Judy Dench, Belfast is a deeply personal and joyful story about the power of memory, set in 1960s Northern Ireland.

This is a child’s-eye view of serious adult problems… Belfast is vivid and heartfelt… Balfe and Dornan are superb as young parents trying to figure out what’s best for their family amid escalating political violence.’’

★★★★★ …spryly written, beautifully acted and shot in a lustrous monochrome… this film has such emotional generosity and wit and it tackles a dilemma of the times not often understood: when, and if, to pack up and leave Belfast? – Peter Bradshaw, The Guardian 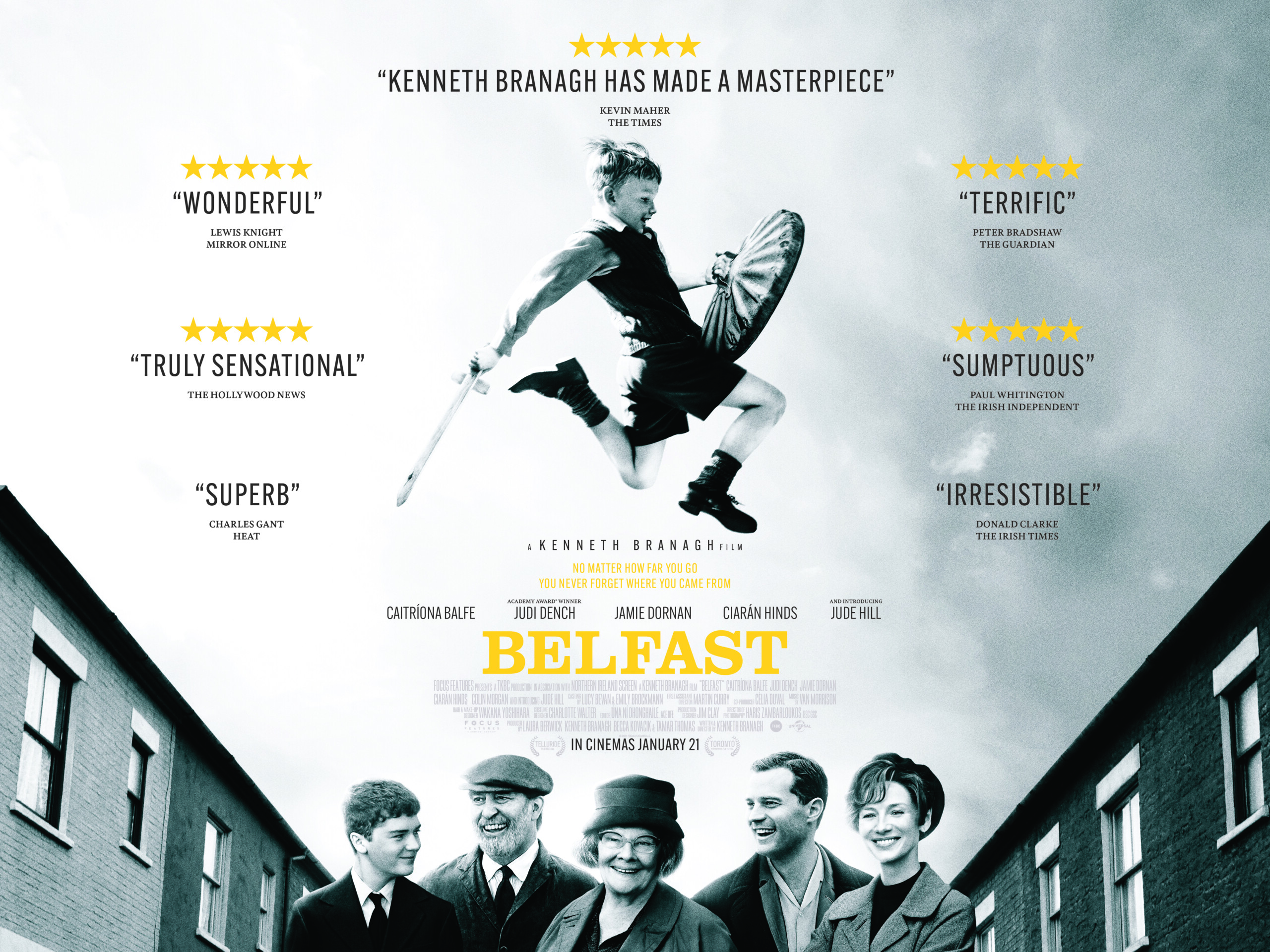