John O’Donoghue began his artistic career at the age of sixteen, drawing and painting portraits and later studied at the National College of Art and Design, Dublin. He went on to teach art and design then became heavily involved in theatre as a set designer and scenic artist. Set design became his full-time career in 1995; since then, John has designed over 300 theatrical productions in theatres all over Ireland and beyond.

During this period of his career John continued to create his own art and enjoyed great success at the Art Ireland Exhibition – held annually at the Royal Dublin Society.

John works primarily in oils and textured media. His new series of oil painting explores classical statuary, architecture and the arts and is approached from a contemporary, urban perspective, using aged layers of torn images to evoke the memory of time and (sub)culture and inspired by his love of Italy.

#UrbanClassical is inspired by contemporary urban life and culture. 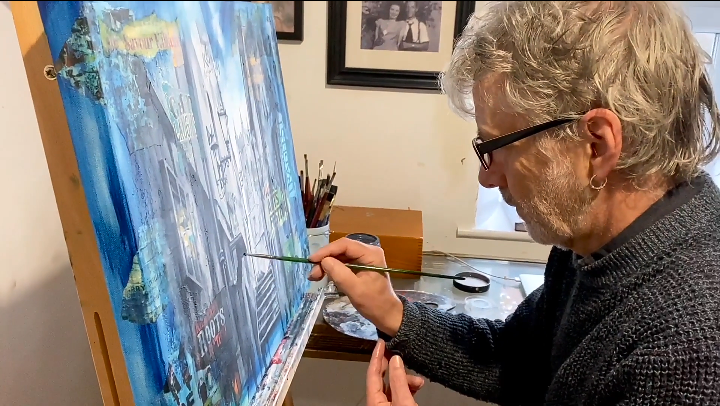 Keep updated with all John’s work by following him on social media.